My Sister’s Mother, Available on Paperback, Hardcover, or Audiobook

A Family’s Gripping Tale of Surviving the Second World War

Donna Solecka Urbikas grew up in the Midwest during the golden years of the American century. But her Polish-born mother and half-sister endured dehumanizing conditions during World War II as slave laborers in Siberia. War and exile created a profound bond between mother and older daughter, one that Donna would struggle to find with either of them. After the war, the older daughter, mother, and her new husband—a Polish Army officer who had helped them escape the Soviet Union—are haunted by the past. Baby boomer Donna, born in postwar England and growing up in 1950s Chicago, yearns for a “normal” American family. In this unforgettable memoir, Donna recounts her family history and her own survivor’s story, finally understanding the damaged mother who had saved her sister.

Book available at University of Wisconsin Press
uwpress.wisc.edu
Publication Dates of 2016 and 2019

With Germany’s invasion of Poland on September 1, 1939, World War II began. Shortly after, on September 17, 1939, Russia attacked Poland under a secret pact with Germany to divvy up Poland.

At four o’clock in the morning on February 10, 1940, Janina Ślarzynska and her five-year-old daughter, Mira, were taken by Soviet secret police from their small family farm in eastern Poland and sent to Siberia with hundreds of thousands of others. So began their odyssey of hunger, disease, cunning survival, desperate escape across a continent, and new love amidst terrible circumstances.

Arrested and imprisoned in Kozelsk by the Soviets, Lieutenant Solecki narrowly escaped death among over 20,000 Polish officers and intellectuals murdered by the Soviets in the infamous Katyń Forest massacres.

When Hitler attacked Russia in June 1941, Britain forced the Soviets to provide “amnesty” for all Polish prisoners, and Janina and Mira escaped through the Soviet Union, Kazakhstan, and Uzbekistan.

Saved by Lieutenant Solecki as they pursued the Polish Army’s Second Corps of General Władysław Anders, they settled in Tehran. Lieutenant Solecki was deployed to fight in the Middle East and Italy at the battle at Monte Cassino in 1944. During the war, Janina and Mira found safety in India.

Having witnessed Communism firsthand and fearing return to then Communist Poland, Lieutenant Solecki went to England after the war, while Janina and Mira left India for England as well. Communist Poland had come under control of Soviet Russia at the 1945 Yalta Conference between Churchill, Roosevelt, and Stalin. In a chance meeting, Janina was reunited with her lieutenant. 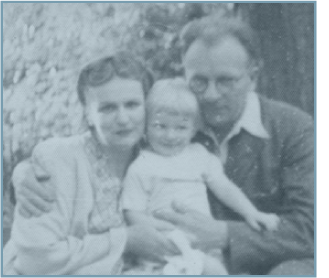 “This stunning, heartfelt memoir looks unflinchingly at the scars borne by one Polish immigrant family as their daughter tries to become a normal American girl in Chicago. A gripping study of family dynamics, this is also a must-read for World War II history buffs.”

—Leonard Kniffel, author of A Polish Son in the Motherland
www.polishson.com/

“After the Soviets invaded eastern Poland in September 1939, they deported nearly half a million people into the interior of the USSR. The sufferings of these captives did not end with their release from labor and concentration camps but continued throughout their lives, affecting their families drastically. This poignant and moving memoir is essential reading for all who want to understand the nature of the Soviet Gulag system and the problems faced by its former inmates in adapting to a normal life.”

—Antony Polonsky, chief historian of the Museum of Polish Jews in Warsaw
https://www.brandeis.edu/search/index.html?q=antony+polonsky 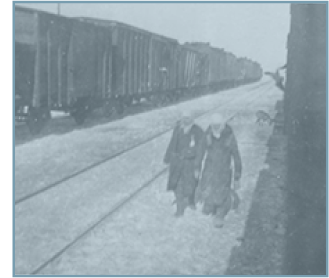 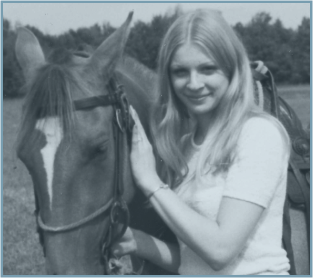 “Superbly records the bitter suffering both of victims of the Soviet Gulag and of displaced emigrants. And, we witness the enormous problems of traumatized parents in connecting and sharing their experiences with their American-raised children. In this context, Donna’s teenage ‘tragedy’ of failing to make the cheerleading squad is particularly poignant.”

—Marek Jan Chodakiewicz, author of Between Nazis and Soviets
www.iwp.edu/faculty

“An unprecedented saga of a loving mother and her two daughters raised years and oceans apart: the older one in Soviet slavery during World War II, the younger in freedom and safety in the United States. The demons that possessed the mother in slavery—fighting like a tigress to protect her child—never left her in freedom, emotionally harming her younger daughter. A unique perspective on the tragic deportation of Poles to Siberia.”

—Wesley Adamczyk, author of When God Looked the Other Way
www.press.uchicago.edu 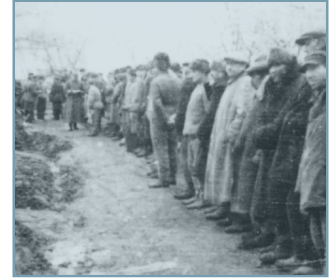 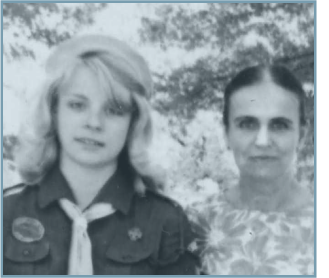 “A primer for all who seek to understand the harrowing journey of Poles during this fateful period.”

—Allen Paul, author of Katyń: Stalin’s Massacre and the Triumph of Truth
www.amazon.com/Katyn-Stalins-Massacre-Triumph-Truth

“Shows not only how love, loss, fear, and hope intersect in the lives of refugees, but also how they reverberate—for good and for bad—in the lives that follow. Enlightening.” 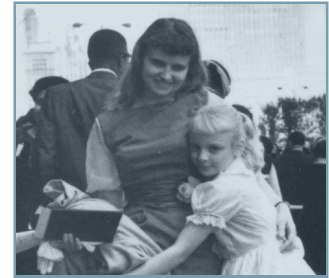